Worldwide, more than 2,000 companies already use Quick-EDD/HA for High Availability and Disaster Recovery. Developed in 1992, and first introduced to North America in 2009. Quick-EDD is being installed both by companies new to HA/DR and by converts from other solutions. Here is what customers are saying…

“With our previous software, data for the 2-hour backup downtime would take 5 to 6 hours and even longer to apply to the backup system, so we couldn’t run reports by our 6 AM start of the day,” reports Larry, ITT manager at a 1,000 employee, multi-location healthcare facility. “The reports include patient care authorization, scheduling, and billing. People were not getting their reports soon enough to do their jobs.” 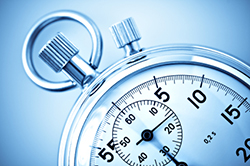 “The day after installing the QUICK-EDD software, we were in Sync within an hour – a significant improvement. We were able to get all the reports done well before they were needed. That was surprising and exciting.” 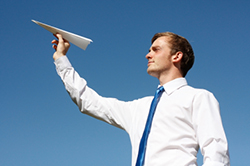 “When I first looked at HA, I thought it would be another checklist that I’d have to process every day, that would take 40 minutes of my time,” says Jim, manager of software development for a Tennessee building materials manufacturer. “But that’s not what happened. Quick-EDD is a piece of cake. Every morning, I log in and check the status of our 2 environments: the libraries and the IFS directories (we have a tremendous amount of images). If they don’t show red, we’re good to go. It takes very little of my time. I feel wonderful that we have a nice replicated system that works great. I don’t have to do battle with it, just monitor it.”

Shocking upgrade pricing from his existing HA/DR software vendor prompted Mark, VP Technology for an East Coast A/P outsourcer that processes and pays freight bills for large companies, to look for another solution. BCS Group recommended Quick-EDD, which Mark evaluated and licensed in 2009 because it was less expensive, configurable, and very efficient.

quicker replication”The biggest benefit was the reduced length of time it took to stay current. Before Quick-EDD, we had already upgraded to a T3 communications line in an effort to reduce replication time between our two locations, and we were still experiencing long hours. We were investigating a T4 line and data compression boxes, which were both prohibitively expensive.”

“Our previous software used remote journaling, so everything was replicated. Quick-EDD only sends what has changed, even as little as 1 byte. This dramatically reduces the replication volume and therefore time. It’s so much more efficient, that we are only using 50% of the T3 line. In addition to the expense, in case of a true disaster, there would have been many lost hours of data in the rollover.”

Ronnie, VP of IT for a textile producer, says “I have been developing a new application and watching the development magically appear on the backup server almost instantly. The impact of your software on our network and server has been unnoticeable. I am very impressed with what I have seen so far.”

John, VP and CIO of an ASP for managed care organizations that pay for doctor and hospital bills for self-insured companies, wanted to replace his existing HA solution with one that required less management and training. The 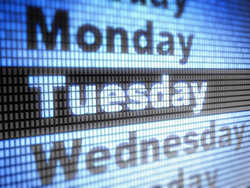 BCS Group introduced him to Quick-EDD and completed the conversion over one weekend.

BCS Group quick installation image”It was hands-off for us, we didn’t do a thing. We came in on Monday and it was done,” John says. “Craig Copeland from BCS is very knowledgeable and delivered what he promised. Quick-EDD is much easier. We don’t have to travel to another location for a 5-day training class. All we do now is look at one screen in the morning to check whether were in Sync, and we always are. We’ve accomplished what we wanted: Quick-EDD runs without us, so we can concentrate on our core business.” 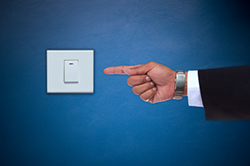 Nancy, Support Desk Supervisor of a private investment advisory firm with $1.2B under management, rates the Quick-EDD switch an A+ compared to her previous HA product. She appreciates that Quick-EDD comes with standard switch processes that can be completely customized, and also allows the user to step through each process and restart a process at any step.